Alexandra Gellé is the Canadian director of the international science festival: Pint of Science. So, you’ll often find her in bars discussing science or organizing a meeting. She has also written several popular science articles for Science Network, The Conversation Canada and Science Borealis, in French and English. Alexandra leads chemistry awareness workshops for children and science communication workshops for university students. She’s also part of the ComSciCon-Canada and ComSciCon-QC organizing committee and a member of the Association of Science Communicators.

Lou Paris has a bachelor's degree in biophysics from UQTR and a master's degree in water science from INRS-ETE. In parallel to her graduate studies, she has developed a strong interest in scientific communication. Lou launched, directed and hosted her own radio show called Science Énergie and took several courses in science communication. She has also participated in (and won) numerous popularization contests in audio, video and live performance formats in North America and Europe. Now, Lou offers various conferences and workshops inscience communication and is very involved in several scientific organizations. 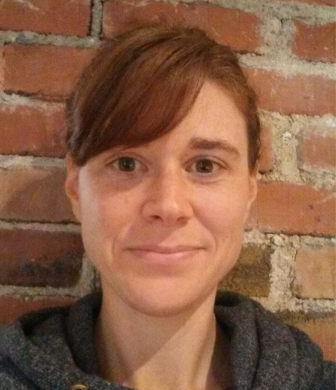 I obtained my doctorate in ecotoxicology in 2015 in Bordeaux, then after 5 years of postdoctoral fellowship, I chose to leave the laboratory to return to master's studies (true story!) in regional planning. I had the chance for a year to host a radio program (Science Énergie) on CKIA.fm, a community radio station in Quebec city's lower town, a program originally set up by Louise-Emmanuelle Paris, a former INRS student. I had the opportunity to deal with many subjects, sometimes outside my area of expertise, met captivating guests like the Pharmachien and all in all a very good experience. I was also a columnist on the same station on the program "À nous la Terre" and received half-day radio training with Claude Bernatchez, host at Radio-Canada Première.

Viviane Lalande has a decade of experience in science communication. In particular, she works on YouTube via her channel, Scilabus, which has more than 230,000 subscribers. At the same time, she writes a weekly popular science radio segment for the Radio Canada program « Moteur de recherche ». She also does consultations for TV shows, trainings, conferences, and has written a science book for the general public, published in 2018. Named « Le monde a des racines carrées » (The world has squared roots), her book received a « coup de cœur » from Renaud Bray. Before dedicating all her time to science communication activities, she completed her doctoral studies in mechanical engineering specifically studying the biomechanics of the spine.

Martin PM is naturally curious: he is interested in scientific research, social issues and politics. He practices observation drawing, a portrait sketched from life, in order to better understand the society in which he operates. He sees comics as a powerful medium combining text and images. Attached to the tools he spontaneously finds in his hand, pencil and ballpoint pen, he does not rely on flamboyance of style, but on the message or the emotions he seeks to convey.

Emilie obtained a doctorate in Cellular and Molecular Biology from Laval University and trained in graphic design, communication and entrepreneurship. She specifically turned to visual communication and founded the agency IMPAKT Scientifik. Now surrounded by a team, her mission is to support scientists and technological entrepreneurs to promote their projects, thanks to powerful visuals and quality communication. It also develops training courses to improve scientific communication for everyone. At the same time, she is involved as a mentor for students and entrepreneurs, and is a member of the Research Ethics Committee of CÉGEP Garneau.

Catherine Dale, Amanda Tracey, and Sarah Wallace are all field biologists with a passion for science communication. In 2014, they launched Dispatches from the Field, an award-winning blog which offers scientists a chance to share their stories and provides readers with a behind the scenes look at scientific fieldwork.  Catherine has taught a wide variety of writing courses and workshops, and worked as a writing consultant for the Queen’s University Writing Centre for many years. Currently, she volunteers as a blog editor for Science Borealis, a non-profit organization dedicated to communicating Canadian science. Amanda is a Conservation Biologist with the Nature Conservancy of Canada. While she spends most of her time in the field, a large part of her job is to communicate with the public. She previously wrote for the Queen’s University Blog “Gradifying” and now regularly contributes to NCC’s Land Lines blog. Sarah is a PhD candidate in water sciences at INRS-ETE. Despite spending more time in the lab than in the field, she is able to turn a small event into a whole story. Catherine does most of the editing for Dispatches from the Field, while Amanda and Sarah work behind the scenes to maintain the blog and are in charge of social media.

Carine Monat is a scientific journalist, researcher, TV and radio columnist and host. She began her career as a scientific communicator during her PhD in molecular biology on visual systems and won the first prize of the jury and the public prize at the national final of the « Ma thèse en 180 secondes » contest in Québec in 2016 and also went to the international final in Morocco. Later, Carine co-founded the science show « L’œuf ou la poule » which is broadcast on choq.ca since 2014. She produced her first documentary « Voir Grand » talking about eye health. After, she began to work as a writer for the scientific magazine Québec Science and now she’s researcher and journalist for Unpointcinq, an online magazine about climate action in Québec. Carine is also a columnist and journalist for several radio and TV shows, such as « ça me regarde (AMI-TV), « Midi Info » and « Moteur de recherche » on Ici Radio Canada Première. Since last year, Carine has been working on the podcast, 20% with Chloé Freslon, co-produced by Québec Science and the balado Acfas, on scientific women in Québec.